Professor Hawking’s work across the past 4 decades and more is impossible to summarise. He was, among the most celebrated scientist in the world, and regarded as the most brilliant theoretical physicist since Albert Einstein. At an interment service held at Westminster Abbey on the 15th June 2018 his mortal remains were buried between Isaac Newton and Charles Darwin.

His research focused primarily on cosmology, black holes and string theory and he devoted his time to supervising research students, conducting workshops across the world and leading seminars based on his ground breaking papers.

Stephen Hawking was a fellow of the Royal Society and a Member of the US National Academy of Science. He was awarded a CBE by Her Majesty Queen Elizabeth in 1982.

More details about Stephen’s work as well as a wide variety of resources and downloadable material is available from his personal web page that can be accessed by clicking here. 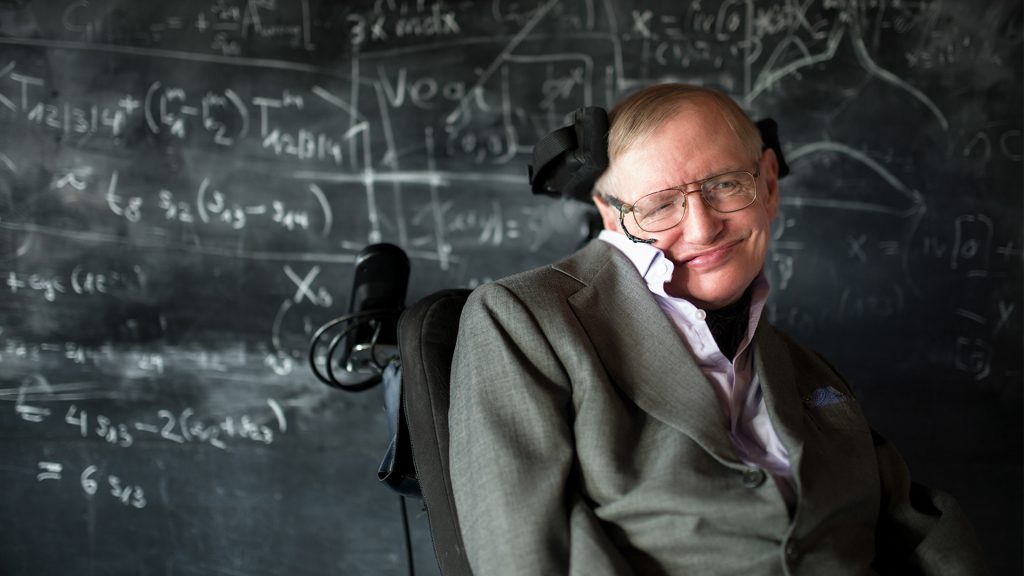